Long day.  Chased storms through Nebraska (primarily around Lincoln, Omaha, and Fremont), and then back across eastern Kansas/western Missouri.  Hit with hail several times, largest being about the size of a nickel or quarter, and my car didn’t seem to enjoy it.  Chased in a lot of tornado watches/warnings, but no sightings despite very strong activity at times (so much activity that it was very challenging to shoot.

Best part of the day was around Rock Port, MO where I was almost completely surrounded by thunder-storms, but with a clear view of the stars directly above me:

After meeting up with and following a crew of about 8-storm chasers, I have verified first-hand that (a) these guys are friggn’ nuts, (b) they have no idea where they are going judging by the amount of u-turns they pull and (c) they drive like maniacs.  Below is one of the vehicles from the Discovery Channel show “Storm Chasers.”  Also followed the storm chasing crew that provides coverage for The Weather Channel.  My respect for that has substantially decreased after I found him at the back of the pack following every other storm chaser’s ideas. 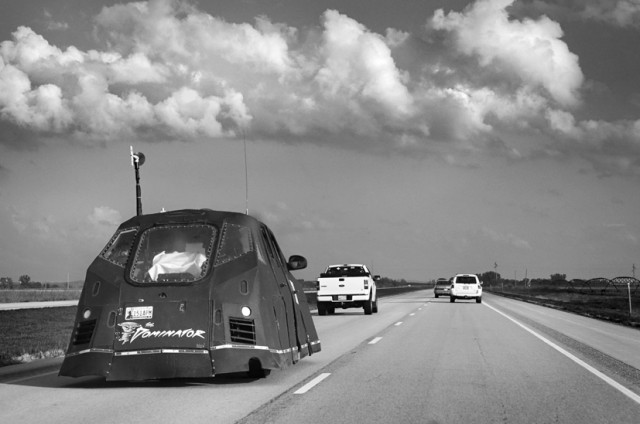 At times the sky was gaining some pretty interesting colors.  Below is as-shot with slight increase in saturation, but no addition of color: 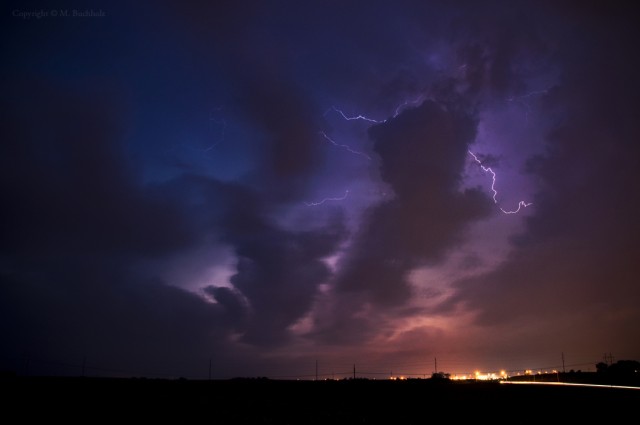 10 hours of chasing / 600 miles today.   That makes for 3,000 miles in the past week (the equivalent of driving from Washington, D.C. to San Francisco…and then a couple hundred miles more)