Matt & Kim launched a full-on dance party late Wednesday night in Portland, pausing only once to yell at the bouncers trying to kick-out people that started dancing on stage, demanding instead they be ushered to the front to keep on partying.

More pictures after the break… 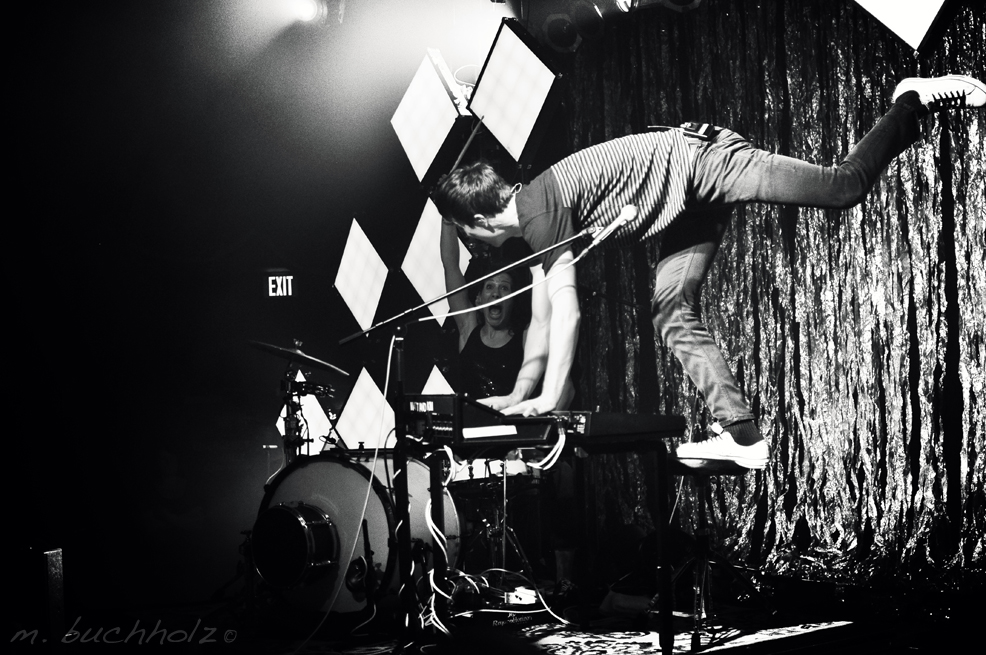 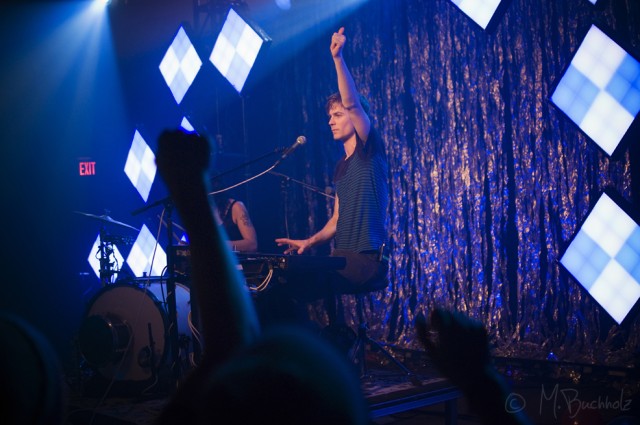 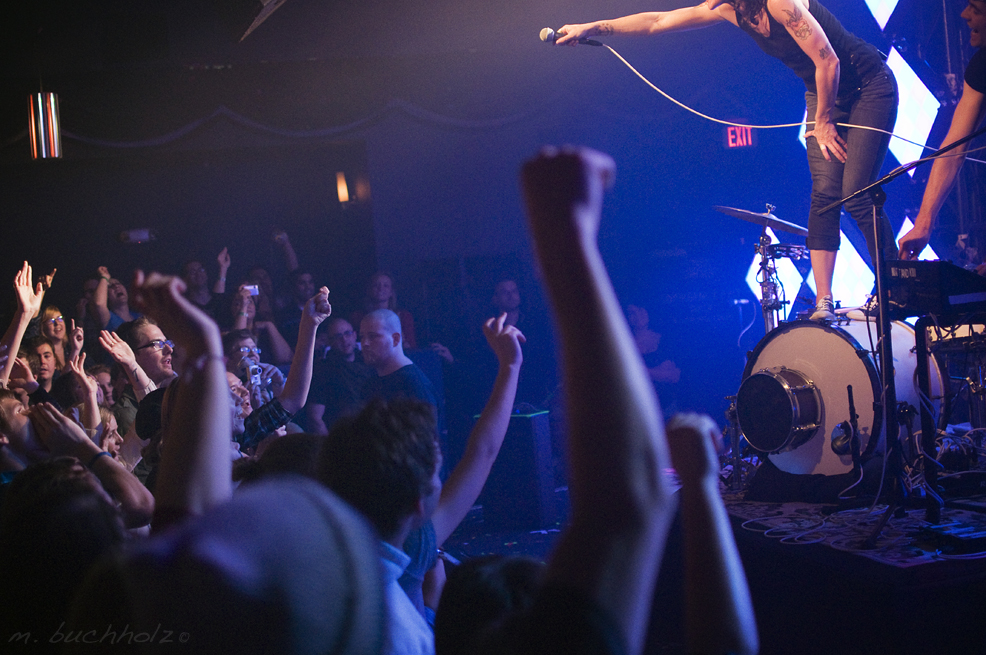 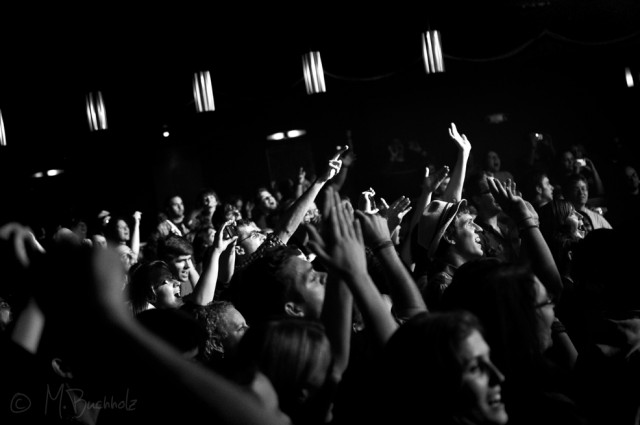 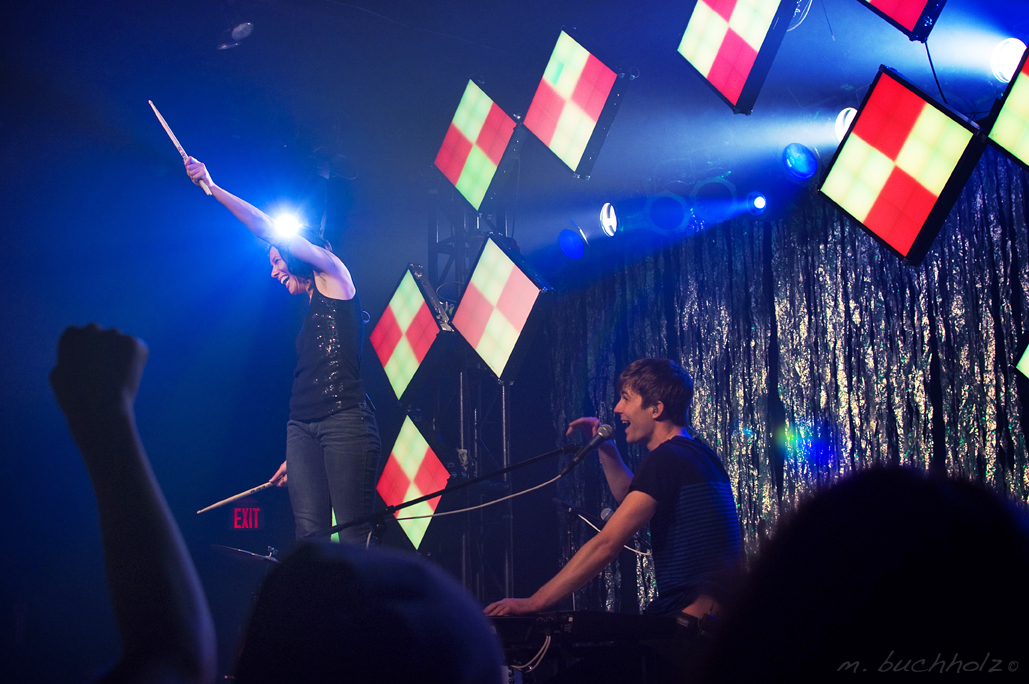 Kim standing on the out-stretched arms of the crowd 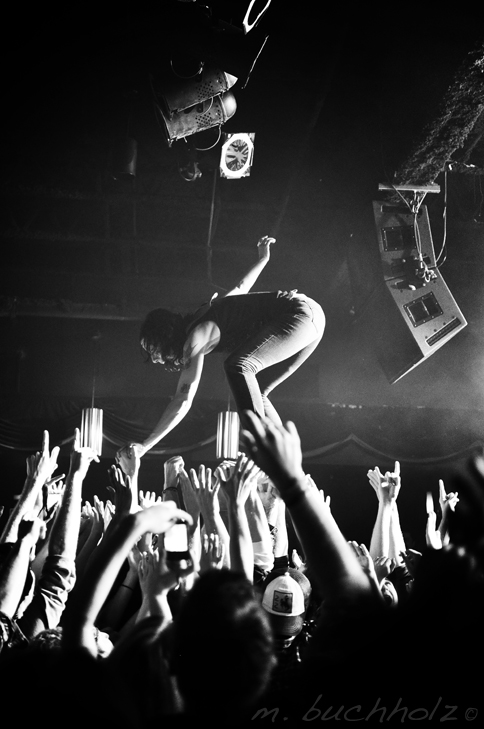 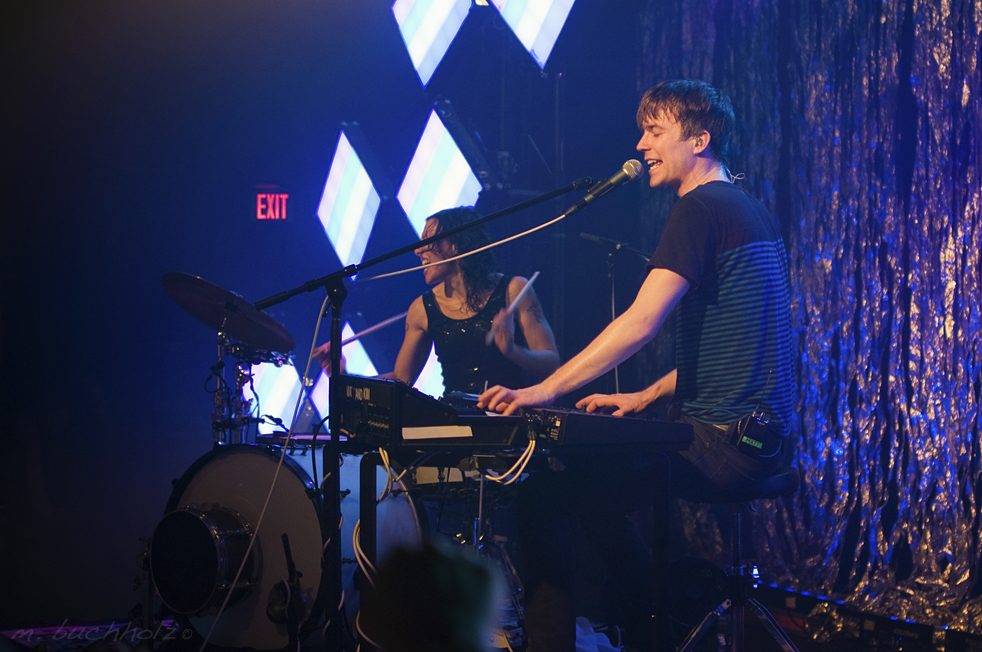 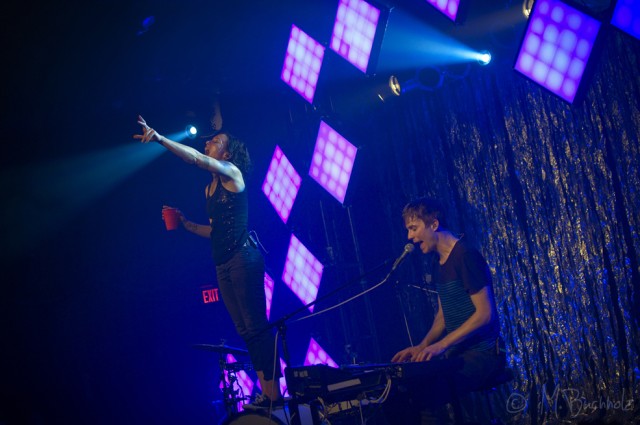 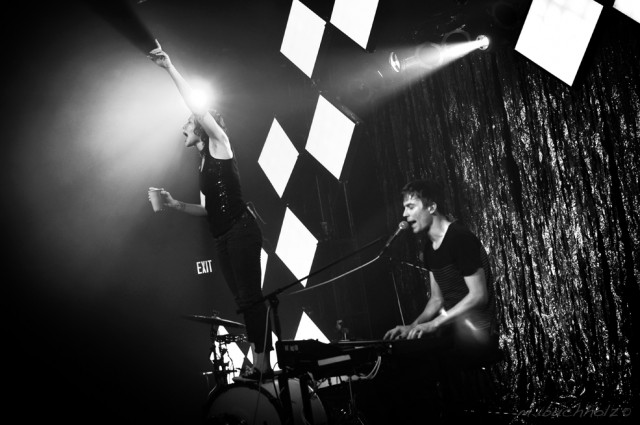 Kim spent much of the show standing on her drumset screaming or drinking. Here she is doing both. 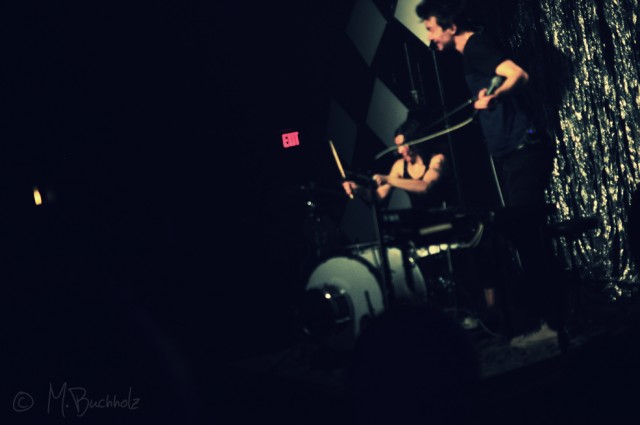 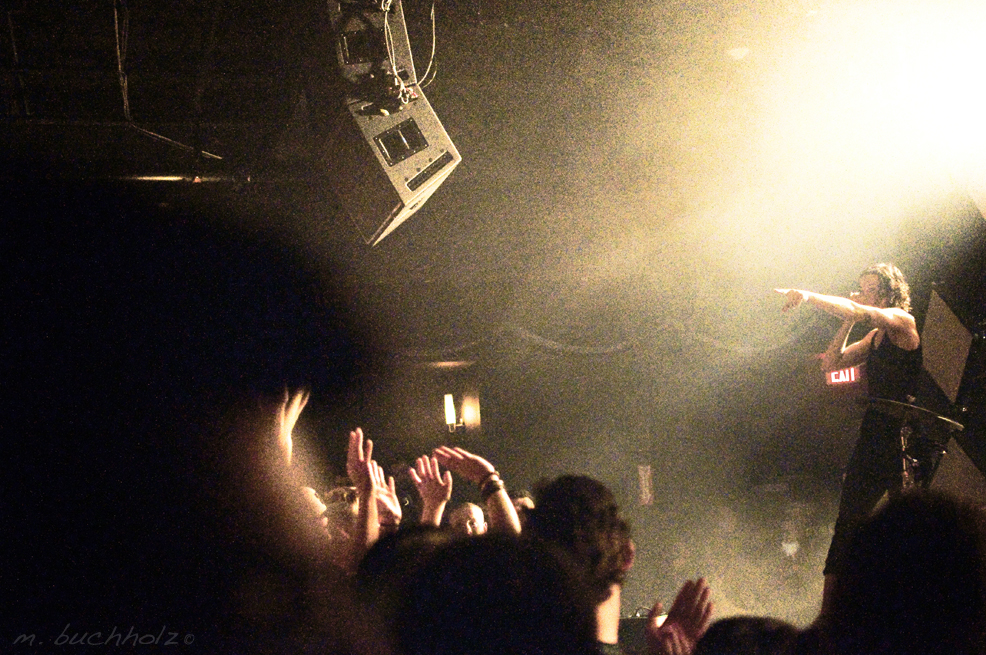 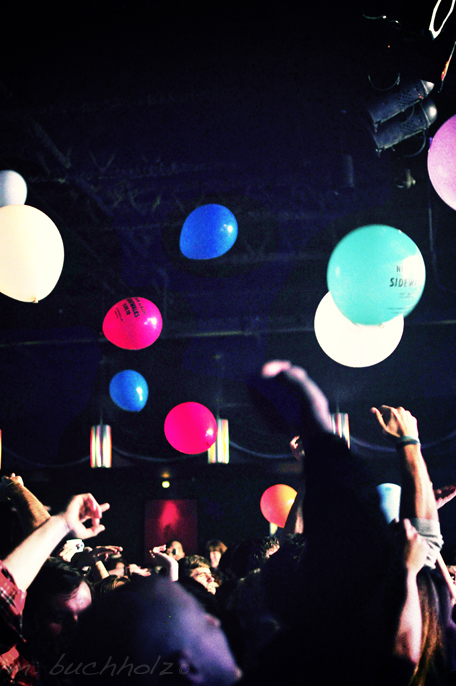