Shadow-casts have always been interesting to me–I love how they can make your eyes play tricks on you.

Look quickly at the above shot. 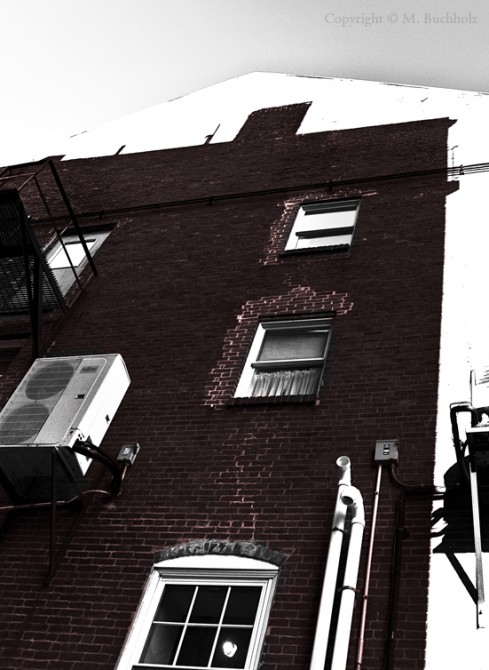 If you didn’t already notice, what appears to be a red brick building and chimney is actually just a shadow being cast on a larger brick building that is over-exposed (you can make out the outline of its roof at the top of the shot or an AC unit near the bottom right).  By over-exposing the shot, the building I was actually aiming at became washed-out, but it brought out the details in the shadow from a building that was to my back.  Just add in a little creative framing of the shadow and it creates enough effect to make you think you are actually starting at a normal picture of a brick building with a chimney on top.

Sorry for the lengthy explanation, but enough people commented on how they had no idea what they were looking at that I felt the need to elaborate.