Someone was eavesdropping on a passenger’s phone conversation.  Despite the fact that the entire conversation was in Swahili, the eavesdropper thought he heard the word, “bomb.”  He then panicked and told the bus driver.  The bus driver panicked, slammed on his brakes (in the middle of the road), jumped off the bus (leaving everyone else to fend for themselves), quickly ripped some panels off the side, disabled the engine, and then proceeded to run away screaming, “GET AWAY! GET AWAY!!”  Witnesses to this decided it was an excellent time to panic as well, and proceeded to run in every direction, calling 9-1-1 on any phone they could get their hands on.  Once it hit dispatch, all the cops panicked.  They stuffed their arms full of weapons, and then drove as fast and dangerously as possible to the scene (only about a half-mile away).  On-site, they quickly realized there was no time to ask questions, so they set up a barricade of a good half-dozen blocks, emptied nearly two-dozen buildings, and ordered everyone to stay on the bus.  While all of this was going on, passengers on the bus were talking with family, friends, and police, and were continually assuring people that everyone on the bus was completely calm – albeit quite confused – and if anything, they were becoming more and more terrified by the response of the police alone. 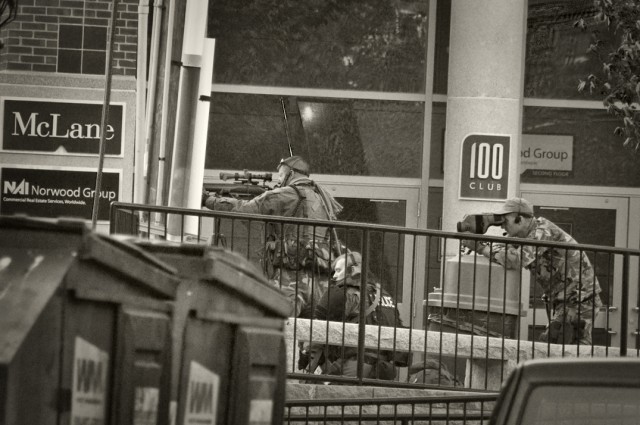 After two hours, the passengers were finally allowed to exit.  While no one on the bus knew what exactly was going on, they came off the bus on-by-one, hands in the air, guns aimed at every inch of their body, before being swarmed by the SWAT team, handcuffed, and dragged off for questioning.  Now, two people wanted nothing to do with this and if anything had questions of their own.  Naturally, they were immediately arrested, but not before a police officer decided to tase a 68 year-old man (that must have been one of the most intimidating walking canes he’d ever seen).  That man is still in jail, with a $200,000 bail* (the elderly are really quick on their feet—HUGE flight risks).
*NOTE: This statistic was later removed from the online news article–likely a typo.

Now, one passenger was far too scared to get off the bus.  Visiting from Burundi, Africa, he was unable to understand a single word being said and decided to stay sheltered in the safety of the bus.  Of course, a translator was finally contacted 9-hours later, and he simply said, “Oh, you aren’t in trouble, and you won’t be harmed.  We just want you off the bus so we can inspect it.”

So, the man walked off the bus.

Portsmouth Police Chief David Ferland later said: “I do not know the reasons why he was nervous with police.”

Let’s see if I can put myself in the man’s shoes for a second… I’m visiting a country where I can’t speak a word of the local language.  It’s just another day and I’m traveling on public transportation, when suddenly my bus comes to a screeching halt.  I look up and see the driver—screaming—run off the bus, yank something out from the engine, and then—arms flailing—run away yelling at everyone he passes.  Confused, everyone on the bus looks around helplessly, unsure of how to proceed now that their bus driver just deserted them mid-route.  Suddenly, police officers, fire trucks, ambulances, SWAT teams, helicopters, snipers, canine units, and media start showing up on scene, while barricades are set-up to keep anyone from getting close to us.  With all this attention, we are apparently not allowed to leave the vehicle until hours later. 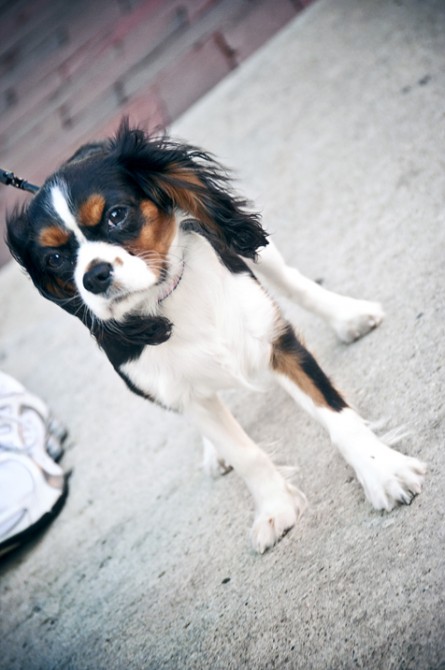 Those affected by the scare

Eventually, my fellow passengers start walking off the bus.  As they do, dozens of guns are pointed directly at them, and while their hands are raised in defeat, a SWAT team suddenly tackles them, throws them in handcuffs, and drags them away.  I’m horrified to see another person stand up and volunteer to walk off into the same time of treatment only seconds later.

One-by-one everyone leaves the bus, and now I’m left alone.  After seeing sixteen passengers with whom I have shared my journey get swept away by some strange armed local militia, I decide I might be safer on the bus than off.

While I’m sitting there waiting for someone to tell me what is going on, an odd-looking robot drives up next to me, and a camera attachment follows my every step.  After a few minutes, a smaller robot pops-off that one and then drives up to the door, and inserts some strange mechanical arm inside the bus.  Meanwhile, another robot drills holes into the back of the bus.  I am completely alone, it is pitch black, I cannot understand a word being said to me, and they can’t understand a thing I say back.  I have no idea what is happening or what my fate has in store for me.

Chief Ferland: good point, I have no idea why the man would afraid in this situation.

On a lighter note, I heard a new explanation every 30-minutes of what was happening yesterday.  The benefit of having my camera in tow was that everyone thought I was press—when I arrived on-site someone walked me all the way to the press area, and whenever I returned to it, people would move out of the way to give me a front row view.  These people stood there for hours and anytime one of them got a “tip” about what was really going on, word spread instantly.  So without further delay, the ‘official’ scoops I heard throughout the day about who this man is (and no, I am not making these up):

1.) A man wanted for murder in Massachusetts
2.) The Taliban (yes, all of them.)
3.) A man with a bomb
4.) A man with a single hostage
5.) A man with a gun
6.) A man with a blow-up doll that refused to ‘give it up’
7.) A drug-addict demanding drugs
8.) A mentally-unstable individual / person with Tourette’s
9.) Someone who suffered from Narcolepsy (this one drew, “ooooohs!” from the press because it explained why this was taking so long – they were simply waiting for him to fall asleep) 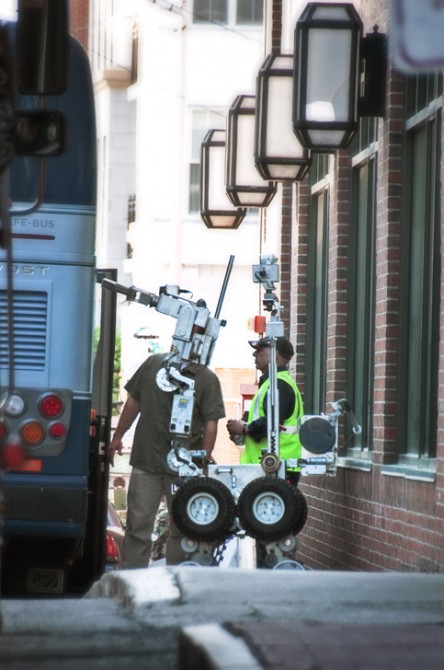 Like I said, I was commonly mistaken for press, so simply looking at a bystander led to them regurgitating every detail of their first-hand account all over me.  They also had a lot of advice for the police it turns out; the most common solutions I was given to resolve the stand-off were:

1) Blow up the bus. Yes, even though they had snipers on this man and were using thermo-imaging goggles to track every thing he did on that bus, the best solution was to detonate an explosive device in the middle of downtown to handle the situation.

2) Shoot him. Most people were frustrated they couldn’t get into their hotel or to their car and they repeatedly assured me that there was no reason to keep wasting everyone’s time and that they should ‘take him out’ because, ‘clearly after X-hours he isn’t going to come off the bus.’

3) Offer him a hamburger. This solution was more rare, but highly recommended by the locals — apparently the last crisis in this town was resolved when they talked a man off a bridge with the line, “Come on buddy, let’s go get a hamburger.”

Which brings me to….

You know you are in New Hampshire when…
…crisis situations are resolved by simply mentioning the phrase “Double Quarter-Pounder with Cheese.” 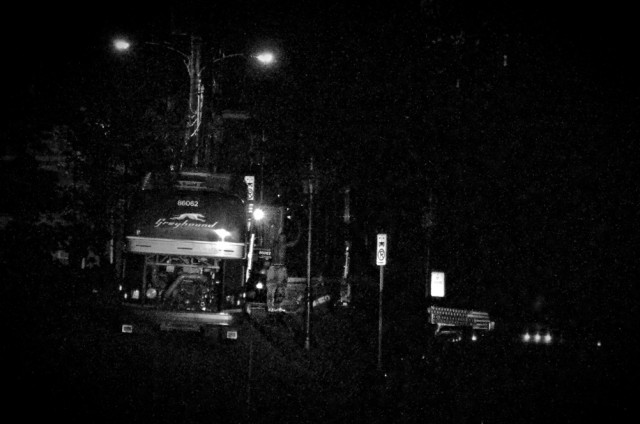 Suspect walks off the bus, hands in the air, around 8:40. Sorry about the bad quality but it was pitch black and I'm 500-feet from the bus to get this shot.